If you were arrested for a low-level crime like a misdemeanor, you might be able to get out of jail without having to pay bail at all as long as you promise to show up for your court date. But for a more serious offense, the legal system makes it more difficult to get back to your family while you await your trial. You may be able to get out by posting cash bail. Bail is held by the court and is used to encourage you to actually show up for your court dates. But what if the cash bail is especially high and you can't afford it? Here's why it might be best to use a licensed bail bonds company instead of trying to pay your bail on your own.

If your cash bail is expensive or you just don't have the extra funds right now, being able to pay just a percentage of that amount to the bail bonds company can really help you out. The bail bond company might even help you further by offering a payment plan on even that lower amount. Using a bail bonds company ensures you can get out of jail without being financially ruined by your arrest, provided you show up for court on time.

If you try to pay a cash bail yourself, it might take time to get that money out of your bank or from a friend or family member. That's extra time you will spend in jail. A bail bonds firm can likely provide the funds or the needed assurances to the court immediately. Many bail bond firms will also answer the phone at all hours when your family or friend might not. 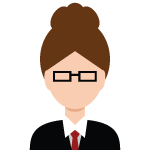 Ever since I was a small child, I’ve been a saver. When I bought my first car at the age of 16, I had a couple thousand dollars to use for a down payment. This money accumulated over the years from birthday gifts, Christmas presents, and awards for earning good grades. As an adult, I live a debt free lifestyle. Budgeting and saving money allowed me to reach this financial pinnacle at an early age. My husband and I always know what our available income is. And, we never spend more than we make. On this blog, you will learn about the benefits of budgeting. Budget now so you won’t have to pay later!